Hello readers, We are back with a new tutorial on how to Install the same App twice on Android. Being an Android user We always wanted to use One App for multiple instances by installing modded OGwhatsapp, OGyoutube Apps but they never lasted long. Android became the most powerful platform for everything. we can do anything on Android like tweaks and customization. There are no limitations in Android like iOS. you can run multiple instances of the same App using cloning techniques but that method will work only for the Rooted Android mobiles. You can use two accounts of WhatsApp, COC, Skype, Instagram, Snapchat, Skype in one Android phone.

This trick works with both rooted phones and unrooted android mobiles unlike installing the modded app method this trick works like charm. You can run multiples instances of many Apps that are installed on your Android phone.

How to Run the same App for Multiple Instances on Android.

Step 2. After completion of the installation process, Open the parallel space App 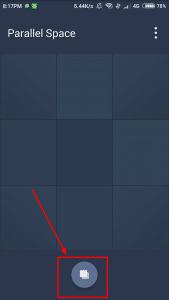 Step 4.  You will see all apps which you have installed on your mobile. Click on the which you want to clone.

Step 5. Now you will see the Cloned App on the home screen of the Parallel Space App. 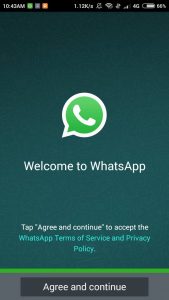 Successfully you have Cloned App for the usage of the second instance of the app. The cloned app will launch with the new instance in the App itself. you can use both Apps for Personal and professional use.

I hope you liked How to install the same app twice on Android. Don’t forget to share this trick with your friends thank you for visiting and Keep visiting Extra Tricks for more Android tricks.